Wrapping up the 2020 grass pollen season

The 2020 grass pollen season was one of the biggest we’ve seen in 20 years. Here's how the season ended.

While we normally stop counting pollen on December 31, because it was such a big season some of our sites kept tracking daily grass pollen levels through to the end of January, just to see what happened.

Would the season flatten out after Christmas as it usually does or would there be one last sting in the 2020 tail with grass pollen persisting into January? 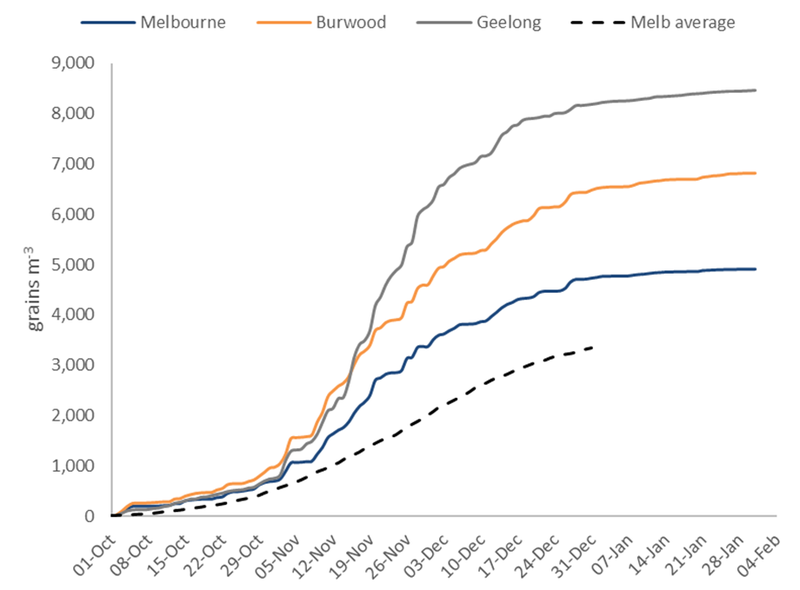 The figure shows the cumulative grass pollen counts for the Burwood, Geelong and Melbourne sites.

The cumulative count is the daily sum of all the grass pollen caught in these traps since October 1.

As we’ve seen previously, Melbourne’s grass pollen season was well above the long-term average, which is shown as a dotted line in the curve.

But Burwood and Geelong also saw big seasons in 2020, bigger in fact than the Melbourne season.

But in all three places the season ended after Christmas, right on cue.

We often talk about high and extreme grass pollen days.

Melbourne and Burwood saw their last high or extreme grass pollen day on December 28. In Geelong it was a day earlier, December 27.

But that was 2020’s last hurrah, as pretty much nothing happened afterwards. It was one low day after another.

So, despite its size the 2020 grass pollen season followed the usual path.

We’ll take a break now and return again in spring 2021. 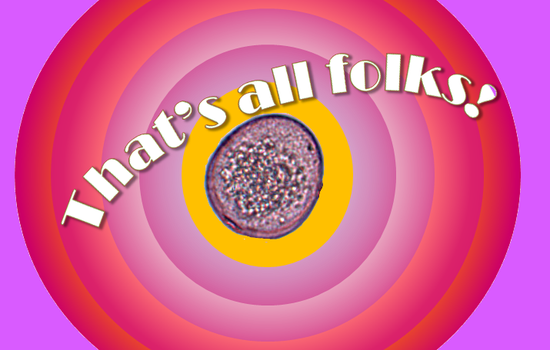 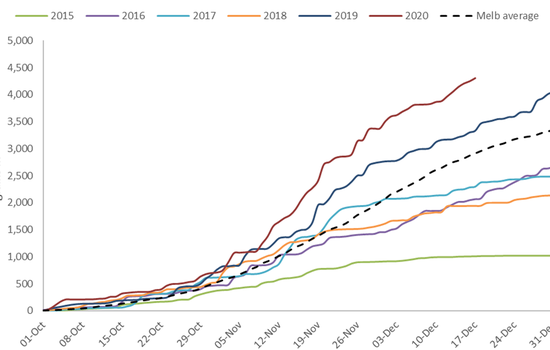 Today is day 82 of the 2020 grass pollen season and it's time to let you know how this season compares to past seasons. 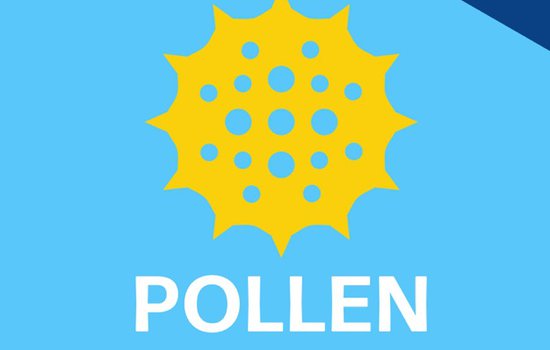 In 2019 we recorded a short PodCast series. Listen to episode 4 to learn about epidemic thunderstorm asthma. 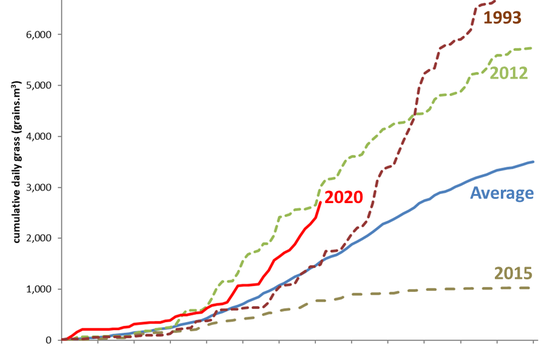 As we're now 50 days in and well passed the season's midway mark, it's time to let you know how things are progressing.

In 2019 we recorded a short PodCast series. Listen to episode 3 to learn what you can do to prepare for pollen season and possible cures of our allergies.

Supporting the science behind the Melbourne Pollen Count

In 2019 we recorded a short PodCast series. Listen to episode 2 to learn how our App users are helping us better understand the environmental triggers that contribute to hay fever.

In 2019 we recorded a short PodCast series. Listen to episode 1 to learn the history of the Melbourne Pollen Count and what we do.