Why is grass pollen only counted between 1 October and 31 December?


Research shows that grass pollen is by far the most common cause of hay fever in Victoria.

Plants release their pollen when they are flowering, and different types of plants flower at different times of year. Many deciduous trees such as birch, plane and elm flower in late winter and early spring, for example, whereas many grasses flower in the period from October to December. 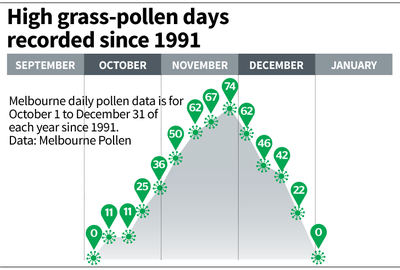