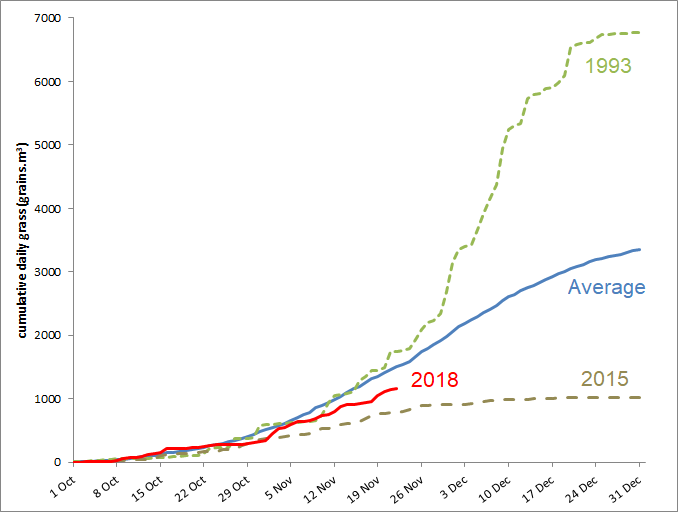 Here at Melbourne Pollen we do a grass pollen count and produce a forecast every day from October 1 through to December 31.

As we're now eight weeks in, we've passed the season's halfway mark and it's time to let you know how things are progressing.

Earlier on we had a look at the season ahead and forecast a lighter-than-normal grass pollen season for 2018.

One way to assess how the season is going is to look at the number of high and extreme days we've had so far.

High and extreme days are our worst days for hay fever.

So that's looking like a below average pollen season.

Another way to measure the season's progress is to plot the cumulative grass pollen count since October 1. Today's figure shows that plot.

The current season is the red line, the season average for Melbourne is shown in blue, and the two dashed lines are 1993, our worst season, and 2015, our mildest season so far.

You can see that the cumulative count for 2018 is now well below Melbourne's long-term average.

Also, in an average season the cumulative grass pollen count will continue rising up to around Christmas.

Looking ahead, we're not forecasting any high days through to Wednesday next week.

We'll update these forecasts daily and continue to check the cumulative count for signs of it flattening off.