What’s been in Melbourne’s air lately?

In our last post we described some of the changes to our service this season, such as the expanded pollen monitoring network. We’ve lost count of the number of times over the years we’ve been asked if it was possible for pollen counting to be done outside of Melbourne.

And now it’s happening at our sites at Hamilton, Creswick (near Ballarat), Dookie (near Shepparton), Bendigo and Churchill (near Morwell). 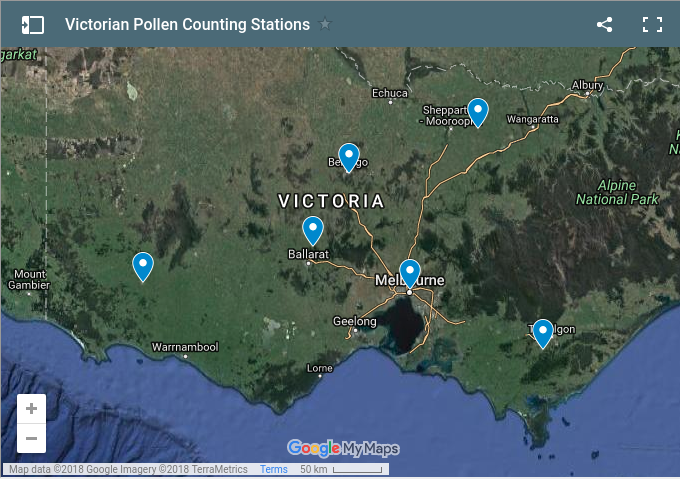 That’s such a big change for us and one I hope those of you in regional Victoria will find useful.

But that’s not the end of the changes.

Another thing we regularly get asked about is ‘other pollen’.

The main activity of the Melbourne Pollen Count has been counting how much grass pollen is in the air and forecasting grass pollen levels for the week ahead.

So another of the changes here is that we are counting some types of other pollen and one type of fungal spore.

And not just here in Melbourne, but at all six of our sites.

It’s a lot of information and we’re still trying to figure out how best to display it.

Today’s picture is our first attempt. It shows what was in Melbourne’s air from October 1 to October 9. Dates are across the top and the numbers show the percentage of the daily total represented by each pollen type. 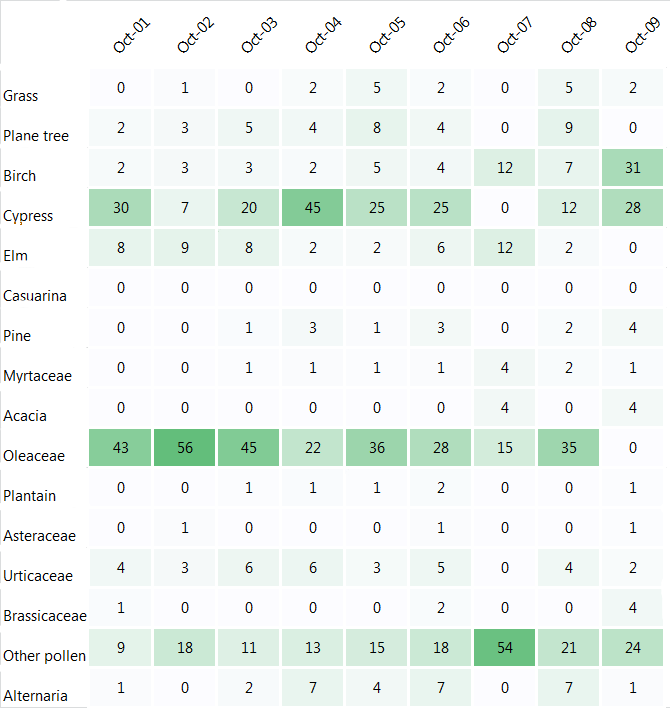 Each square is coloured to indicate the level: the more of that pollen type, the greener the square.

So you can see that cypress and Oleaceae were the dominant pollen types during early October. Cypresses are conifers and Oleaceae is a family of trees and shrubs of which olive and ash (Fraxinus) are familiar examples. Levels of birch pollen also started picking up towards the end of the week.

At the bottom of the list is the fungal spore type we counted, Alternaria.