The time of tree pollen and other things 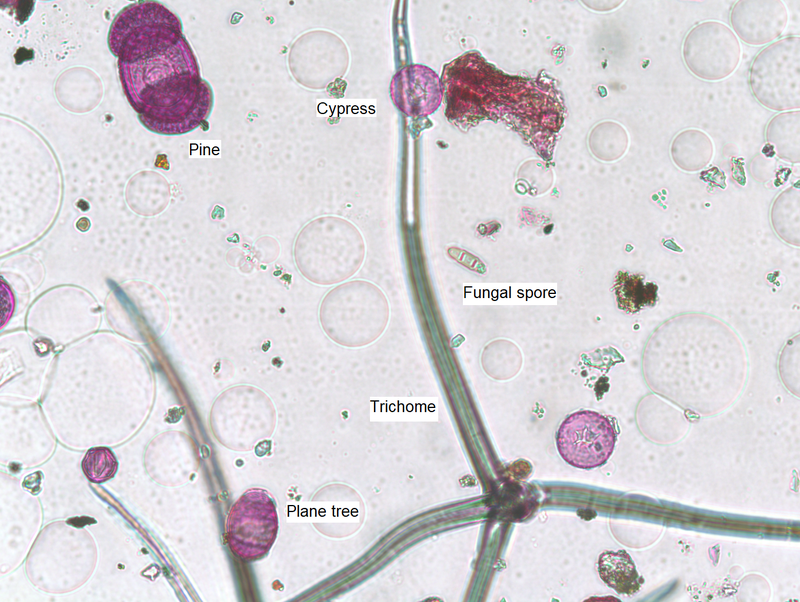 It's spring, and the stunning weather and long evenings coax you to get out-of-doors and be active.

Except there's something in the air at the moment that makes you sneeze and causes your eyes to itch.

What can it be? It's pollen allergies - right?

But there is a lot of tree pollen in the air right now, as today's photo shows.

So maybe tree pollen is causing those symptoms you're noticing.

Possibly, but it could be something else.

That big hairy thing in the photo is called a trichome and there are currently lots of trichomes in the air.

Where they're coming from is the leaves of plane trees.

According to a study from Sydney, many people who think they are allergic to tree pollen, when tested actually aren't.

Instead, it appears their symptoms are caused by plane tree trichomes, which are a powerful irritant.

Trichomes are sharp and can get in your eye and when inhaled can irritate your nose.

So maybe what's bothering you at the moment isn't a pollen grain but an irritating little trichome instead.